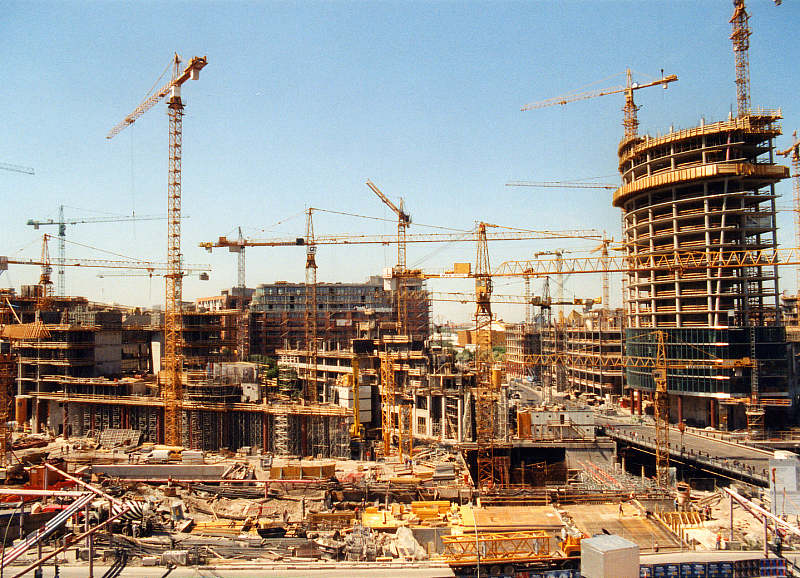 I’ve been plastering in Northern Ireland and various places places

for over 30 years now. In that time there has clearly been a lot of progress

in Plastering and Construction generally. It is my intention to attempt to

review and perhaps try to quantify that progress both home and away.

Building Site in Europe during most of the nineteen nineties”. It will also use any

On Large Civil and Commercial Projects the advantages of modern

building techniques seem self evident. Machine plastering is ideal for

large expanses of solid exterior and interior walls and uses

relatively small teams of Men, normally 2 or 3 men per Machine

with only one skilled plasterer required per team.


In Traditional Plastering those figures are almost reversed with

The superior quality and speed of machine plastering and higher output

per man on larger projects soon becomes apparent and some larger

beaded out in sections using extra men. I should also add that in all the projects

The largest Project I sub contracted on in Germany was Detlev-

Platz (Formerly the old Luftwaffe HQ) were its entire135,000 Square

Meters  of  solid walls were renovated and machine plastered in Sand

Cement which was “Napped up”smooth using a sponge float. This was

our only detail on the entire project albeit a rather massive one.

napped up and finished painters using what is called filler. It is

most of the day to go off.

As this was essentially a renovation, job Sand Cement was deemed less

expensive and more suitable for its structural elements but Larger New

Projects also use one coat machine plaster which is sprayed edged up,

closed in and finished relatively quickly.

transporting, mixing and getting the material on the Wall.

As Sean Haseley demonstrates below it certainly looks rather stress free.

Each Silo had a compressor unit at its base called the Hopper, each Hopper

to its designated Plastering Machine which could then mix the required

amount before spraying it on the required wall. Once the spray was finished

the Plastering Machine would be cleaned thoroughly including passing a

sponge ball through its hoses and rinsing.

also pumped in by compressed air. No Fork lifts or extra men required

This Plastering Contract was 135,000 square meters in Total to the main

contractor so the logistical implications of using Traditional Plastering

Methods on this scale are immense which  seemingly confirms

that certainly on Larger Projects ;

The advantages of Dry lining (Drywall) on large construction projects

in a lot of cases “Polishing” the Finish which is bad for decoration.“Finished”

of the available work force for Quality.

Acoustics, Quality of Materials and Finish

Machine Plastering and dry wall put the Hawk and Trowel in the shade.

than Larger Civil and Commercial Projects with most walls

below 10m2. The stairwell is generally the largest wall in any Semi

with even luxury bungalows still well within the capabilities of any

The smaller number of meters and rooms in each house would

perhaps a feasibility advantage with the heavy machine to

are positioned in the ground floor hallway were they can normally

reach most of the house. This however can create its own

feasibility problems, especially for other trades.

With each house only worth 300 + square meters of

sand cement/one coat Machine Plaster, one might ask is it

setting it up every time. Firstly in terms of Sand and cement most

Machine Teams would float a house in a day if not slightly over, and

machine plaster which can create other feasibility problems.

Towards the end of the nineties in Germany when the German 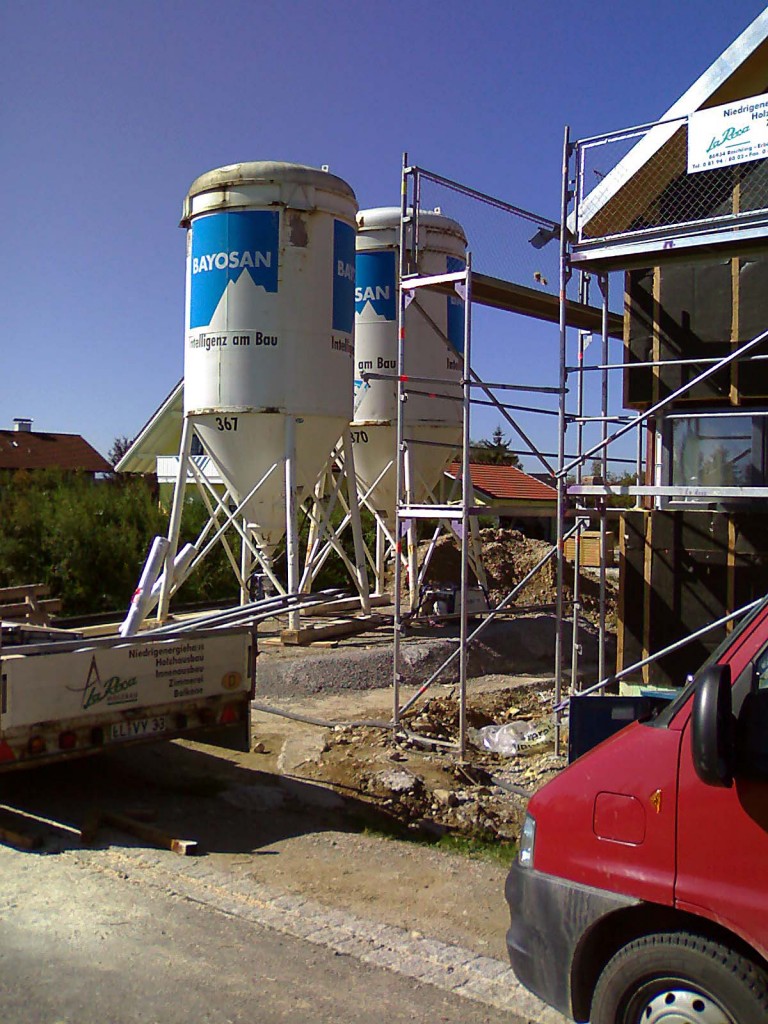 Around this time I regularly had fax’s from a Company

near Stuttgart saying they had many houses and 4 years

work me, which at first seemed impressive. They dragged

a lot and and made lots of claims. Eventually I sent down

The project was a domestic housing development with

which slowed the work rate down. one detail I remember particularly was a

special metal frame formed around pipework etc, which was filled with a new(25

created an instant pipe casing ready for tiling. In spite of these details and some

problems with the machines supplied by the Company. In Spite of this Mick

and John were able to do a minimum of two houses per week. When the

yet after just over a month Mick and John had run out of work.

In the UK and Republic of Ireland, it would be difficult to find a

residential development were house’s were completed at the rate of

two house’s a week which could keep two good Plasterers in steady work.

traditional hawk and trowel plasterer (at least on interior residential

plastering) a logistical advantage over the machine, however I would imagine

beading and preping and plastering and another labourer operating the

machine part time as needed with other regular duties on the site.

Partitions and Dry lined Suspended ceilings are much easier to

setting of the stud tracks often (including the foreman) – which effectively

meaning the project is set out.

can be left open and blended perfectly after wards unlike finish. If the metal

and Acoustic Hangers for the ceilings their vastly superior performance

complete will leave the traditional techniques a long way behind.

movement. Finish on the other hand is trowelled right into internal corners

making it more prone to cracking. Finish is also weaker, less resilient but yet

harder and more prone to cracking than jointing compound. Finish can also crack

that a Patch is always a patch unless you skim the whole wall.

When it comes to interior construction dry wall just

Furthermore in Time Context. It appears that apart from Central London and

Germany was using almost twenty years ago in terms of Construction

techniques Generally and Plastering in Particular.