Is it a leak(water ingress) or Condensation. 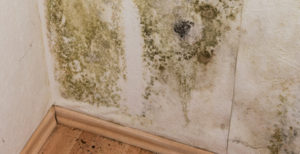 In my experience the most common type of Damp Problem I see is “Condensation”. Which often begins with a call from someone telling me they “have a leak”, even though its “cause” doesn’t make much sense.

Buying yourself a Thermopro TP50 Indoor Temp & Humidity Meter at Amazon (for less than £20.00) Will help you improve your living space, increasing your awareness of the air quality in your home. 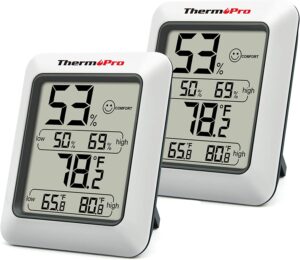 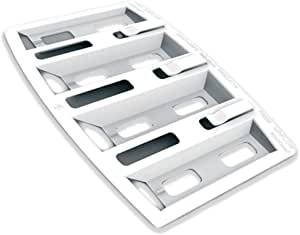 The Damp Problems explanations often sound strange as they are mostly created to support a penetrating damp theory.

Often the conversation become’s difficult as the customer repeatedly tells me what’s causing the Damp Problems while asking me whats wrong at the same. “Its definitely not condensation” being a typical response.

But Lets take a step back for a moment and think. IMO Since the advent of PVC Windows

the vast majority of internal “Moisture” Problems are in fact caused by Condensation.

issues. I therefore find it quite unreasonable to call a Builder out to a problem room or space

what the problem is.? If you require trickle vents installed I would recommend Allan Hall

There are plenty of Jane Doe’s. But the main problem is there are plenty of Building Surveyors, Agents and Builders who will agree with Jane Doe and help her perpetuate the myth by giving her a Remedial Work Schedule costing thousand’s of pounds. Always Remember  “Your House needs to breath”

Stephen Boniface, former chairman of the construction arm of the Royal Institution of Chartered Surveyors (RICS), has told the institute’s 40,000 members that ‘true rising damp’ is a myth and chemically injected damp-proof courses (DPC) are ‘a complete waste of money’

In response, the RICS has put the term ‘rising damp’ in inverted commas in its latest factsheet – according to Boniface, as a ‘non-subtle hint’ to its members.

‘The most likely causes of damp are moisture penetration and, most commonly, condensation,’ said Boniface in an interview with NBS Learning Channels (click here to view).

In response, Elaine Blackett-Ord, chair of the Register of Architects Accredited in Building Conservation, has also spoken out against rising damp, saying it was as rare as ‘rocking-horse shit’.   Blackett-Ord said:‘’This self-perpetuating industry is believed to be worth over £200 million per year.’  Click here for Source Article

But lets be clear : Were you have obvious damage or defect which corresponds to a localised internal staining etc

then it must surely be penetrating moisture. The common mistake is to simply reverse engineer every problem that

it “has to be ” coming from outside.

Approx £250 million per year is made on this self-perpetuating industry.

Many “surveyors” who work for damp-proofing companies are essentially salesmen. They make their money by taking a percentage commission on the damp-proofing work they specify. So if you invite a damp-proofing company to inspect your home for dampness problems, you should not be surprised if they “discover” its existence. That’s how they make a living. Damp-proofing salesmen use electrical conductance-type meters to “diagnose” rising damp. These are labelled “moisture meters”, but they do not really measure moisture. They measure electrical conductance, and will give a reading on any building material which allows an electric current to flow through it. Clinker blocks, for example, which are made from coal ash, have a high carbon content, which means they conduct electricity. So clinker blocks will always give a high reading on one of these meters, even when they are bone-dry. These meters are actually calibrated for use on timber, and they can give reasonable approximations of moisture contents in wood, but on bricks, plaster and wallpaper they give readings which are way too high, this means they can easily be used to give the impression that a wall is damp when it is actually in a perfectly normal equilibrium moisture state with its surroundings. Building surveyors are similar and are famous for using vague generic language when surveying houses up for sale. A house which is empty for even a few days in winter can be diagnosed to appear problematic when the house is in fact fine.

Condensation is the most common form of damp problems in buildings, more so now due to the introduction of double glazing, which have drastically reduced home ventilation of the property. Older properties, with sash windows and open fire-places are far less likely to be as severely affected by surface condensation.

The air which causes condensation is from ‘life-style. Cooking, Bathing and just general activities and breathing; these, coupled with a lack of ventilation cause the greatest damp problems. It must be fully appreciated that the amount of water contributed to the internal environment of a property from dampness in walls, floors, etc, is considered to be negligible (see below)

What happens if we cool moisture laden air? We know that cold air cannot hold as much water as warm air. So when the air temperature has cooled so much that it can no longer hold the the same amount of water as vapor. When this happens liquid water drops out of the air as CONDENSATION. The temperature at which condensation begins, i.e., when the relative humidity reaches 100% (air is fully saturated) is the “DEW POINT” temperature.

As moisture-laden air gets close to the cold surface it starts to get cooled and so the relative humidity increases; the greater it is cooled the higher the relative humidity (remember water from a large bucket passing to a small bucket as explained above). Against the cold surface the temperature of the air now drops below the dew point temperature and liquid water drops out as condensation.

1) Keep your home well ventilated by opening windows every day. 2) Always use extractors on high power when cooking and for 19 minutes “after cooking”. 3) After baths & showers keep door shut open windows with extractor fans turned on. 4) If you use a tumble dryer make sure ventilation pipe runs outside. 5) Small gaps between outside walls & furniture allows air to eventually form into black mold. 6) Air bricks and chimneys should always be clear. 7) In Winter try to maintain a constant temperature in your home. 8) Always keep the lids on pots and pans whilst cooking so that the moisture does not escape from the pans.

Damp-proofing companies exposed in Which? investigation

Where do Damp Problems come from?

Water comes from the ‘life-style’ – just normal everyday living. The amount of water produced from normal household activities can be quite considerable. Certain other activities such as using bottled gas and paraffin heaters add significant amounts of water to the air, the by-product of burning these fuels. Drying clothes over radiators also adds water vapour. Also consider that the surface area of your lungs is in excess of 75 square metres and warm air is passing over this wet surface as we breathe 15-20 times per minute; this is being breathed back into the environment! Indeed, it is reported that a large dog can give off even more water vapour than the average adult!

If you have a Damp Problem.

As I no longer do Damp Surveys I would instead recommend educating yourself about damp problems before drawing up a remedial work schedule. Its all there for you all you need is common sense.